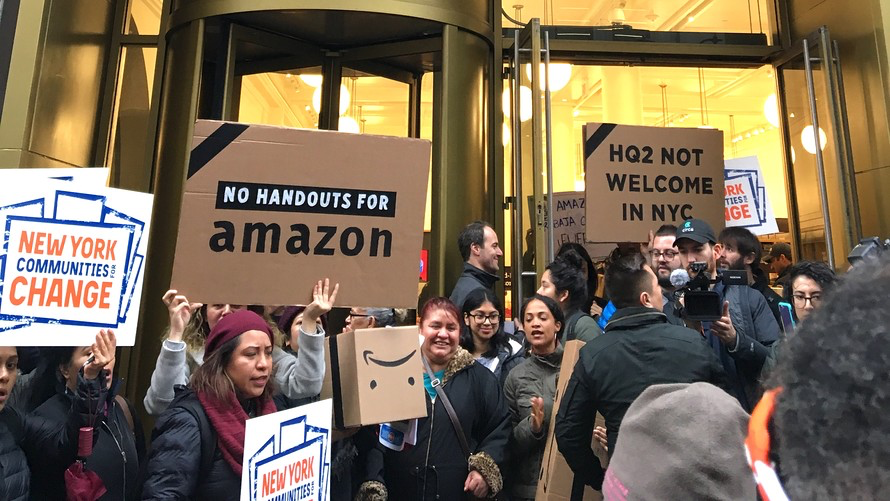 The HQ2 saga continues. Just as we were happily turning our attention to other incentive topics, Amazon announced it would not move forward with its headquarters in Long Island City. So here we are again, still working to understand the implications of the HQ2 process.

Mayor Bill de Blasio blasted Amazon’s “capricious decision to take its ball and go home” like a petulant child. A more apt analogy might a bad date in which the suitor who invited you out spent the entire time explaining how awful you are. Not seeking a long-term fight nor seeing the potential for a good working relationship, Amazon bowed out.

Why did this happen? New York’s economic development apparatus is broken at the state and local levels. The workaround embedded in the proposal that cut the City Council out of the review and approval process backfired spectacularly. Instead of accelerating project approvals, this choice practically guaranteed a fight to make additional voices heard. That two astute politicians like Governor Cuomo and Mayor de Blasio chose that approach in the first place shows that they believe the structures they have in place do not work.

New York needs to revisit the essential goals of its economic development efforts and rebuild coalitions to support economic development going forward.  Why is this necessary? As one community leader explained, “The promise of new jobs and more money isn’t appealing to working class folks who know they’ve been shut out of this process entirely, not just now but for decades before.”

This is a variation on a theme we’ve heard for years and not just in New York – the perception that economic development is about cutting deals with businesses for the benefit of the business. This should be call to action to all the devoted economic development leaders who love their communities and do work hard to support new opportunities for all, not just negotiate deals with companies.

Incentive policies are a good place to start. Yes, they are controversial, and that is why it is critical that they work well. Efforts to rein in incentives through legislation requiring other states to impose limits will not work. Instead, open a dialogue with community leaders. Build new coalitions. Review the intent and capabilities of major incentive programs. Specify how they are intended to support the community’s economic development objectives. Discuss the procedures in place to make sure they are being used effectively.  Be open to change and to the idea that incentive programs should adapt to evolving needs and almost always can be improved.

I think New York will regret how the Amazon decision played out, though some are celebrating now. Yes, New York will be fine overall, but it was still a misfire and a lost opportunity. And even New York won’t prosper if it stands still. Now is the time for the city and the state to repair (and extend) relationships, rebuild their economic development efforts, and make sure incentives are working effectively for the people of the city and the state.