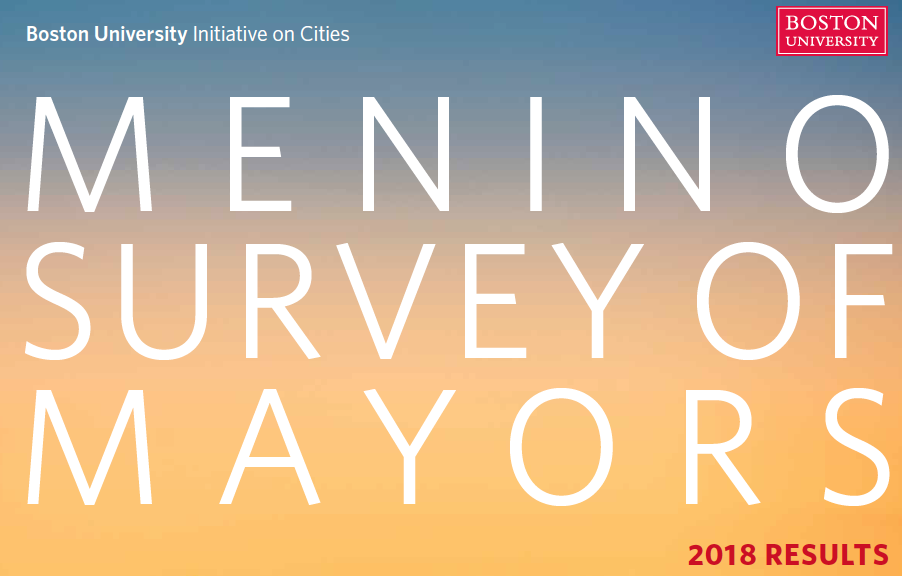 The 2018 Menino Survey of Mayors asked 110 US mayors for their opinions on economic development, recruitment competition and financial incentives.

“Essentially, most mayors see their own cities’ use of incentives as measured and effective, while also seeing others’ use as excessive.”

While we are not surprised that most mayors see incentives as a good policy, it is interesting that so many perceive incentives as unpopular. Many surveys have shown high levels of popular support for incentives, including a recent poll in Virginia indicating 68% of registered voters support the announced Amazon HQ2 deal.

It is also not surprising that incentives play a secondary role in recruitment strategies. All good efforts focus first on location-specific factors that support company operations and strategy, with incentives playing a valuable but supporting role.

The most intriguing finding is that 84% consider financial incentives to be good policy, yet only 55% believe cities see “clear net benefits” from recruitment. Given the question’s wording, city leaders may believe it is the other cities that fail to see clear net benefits. It may also point up the political disconnect between the immediate gains perceived from a successful recruitment versus the difficulties of documenting actual longer-term economic benefits when new investment occurs.

The Menino Survey of Mayors is conducted by the Boston University Initiative on Cities with support from Citi Community Development and the Rockefeller Foundation. You can download the Summary of Findings or access the full report here.

Check Out Our Featured Reports