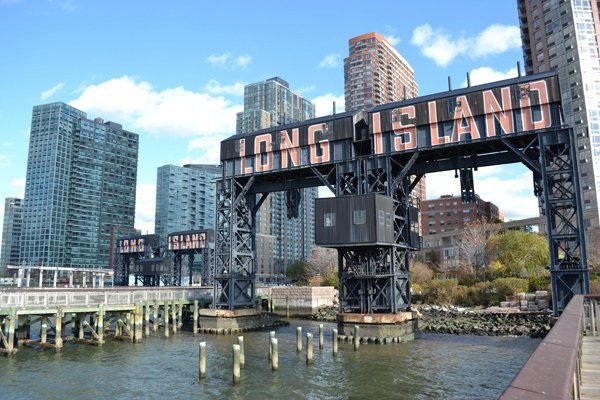 We continue our series on the Amazon HQ2 incentive offers with a look at the local agreements, turning this week to New York and Long Island City. This MOU is different from the other local agreements because there is a single, combined state and local document, the agreement leads with the real estate development options rather than the incentive offer, and it does not directly describe the two major local incentives for which Amazon will be eligible. Instead, it explains that Amazon may apply for any as-of-right tax benefits that may be applicable.

There are two primary New York City by-right incentive programs for which Amazon is eligible.

First is the Industrial and Commercial Abatement Program (ICAP), which provides property tax abatements to incentivize commercial construction in New York City beyond certain portions of Manhattan. To receive the abatement, companies must spend a certain amount on construction, which must be completed within five years of building permit issuance. Amazon is eligible for a 100% property tax abatement for 11 years, followed by a phaseout of the abatement over 4 years. In their November 13 press release, the city and state estimate the value of this incentive at $386 million.

To participate in the ICAP program, Amazon must provide a payment in lieu of taxes (PILOT) worth 115% of the initial assessed value of the property. 50% of the PILOT funds will go to the city Infrastructure Fund via Empire State Development, and 50% will go to the general fund, as outlined in the agreement. The Infrastructure Funds will be used for improvements near the development site.

Second is the Relocation and Expansion Abatement Program (REAP), which is a relocation tax credit to attract new companies bringing employees and making property improvements in targeted areas of the city. Amazon may receive an annual $3,000 credit per eligible full time employee for 12 years. The business tax credit is refundable to the company for five years and can be carried forward after that. The estimated value of this incentive is $897 million, assuming 25,000 new full-time jobs.

Presumably, Amazon will follow the established application procedures for the two incentive programs.

The ICAP process requires a preliminary application to be submitted before obtaining a building permit. A final application must be filed within one year of permit issuance. The administering agency is the NYC Department of Finance. Annual income and expenses statements must be submitted for the property. All construction must be reported to the Department of Finance semi-annually.

The REAP process requires companies to apply for a Certificate of Eligibility within a year of relocation. This application asks for location, employees, description of business operations, and may require lease and expense documentation.  Annual certifications are required to determine REAP benefits for subsequent years. Businesses should provide the number of employees along with applicable tax returns. The administering agency is the NYC Department of Finance.

As in the other places, the agreement has been available from both Amazon and city websites. A search on the NYCEDC website pulls up key documents and updates on the Amazon project, including creation of a 45-member Community Advisory Committee announced in early December to “share information and solicit ongoing community input” about the Amazon project.  The City Council has already held one hearing, and more are scheduled.  Additional hearings are scheduled prior to a vote by the New York State Public Authorities Control Board to approve the state-level incentives.

And, yet, there is tremendous distrust as seen in public protests and criticism from local elected officials, including the City Comptroller and the New York City Council Speaker, among others. Concerns have been expressed over a lack of detail on several elements of the real estate agreement, anger that the Uniform Land Use Review Procedure would not be followed (essentially cutting the Council out of the review and approval process), as well as concern about the redirection of resources to a company instead of to the city or the neighborhood.

The active decision to circumvent the normal land use process in the city was bound to anger legislators who would typically have a say in shaping a major project, so the negative reaction can’t have come as a surprise. Hints that the Public Authorities Control Board either won’t have a vote or will rubber-stamp the decision regardless of the hearings are also, not surprisingly, frustrating elected officials and residents.

Neither of those issues is really about the incentives themselves, they’re about having a voice in decisions. Looking just at the incentives, what is interesting is how existing programs will be made available to a project that is much larger than the typical project. For example, it has been reported that Amazon’s REAP benefits – estimated at nearly $900 million over 12 years – far exceeds the $32 million in REAP incentives provided to 205 companies in 2017. The question will be whether these programs should continue to be by-right at this scale, or any scale, and whether greater review mechanisms should be built into the process.

We invite you to follow the links below to read the previous articles in our series.